He has also lectured in post-graduate courses organised by the Scuola Superiore S. Anna of Pisa, as well as by the Universities of Bologna, Milan (Statale), Ferrara, Rome (Luiss), Verona and Venice. He has collaborated in numerous professional development courses for magistrates and lawyers, organised respectively by the Consiglio Superiore della Magistratura and by Bar Councils.

He has participated, in 2015-2016, in a Technical Table established at the Presidency of the Council of Ministers with the aim of deepening issues concerning the regulation of the remediation of contaminated sites.

He has collaborated in training activities organised by European Bodies and Research Centres. For several years he was a member of the Certification Committee for Environmental Management Systems of Det Norske Veritas Italia and of the Scientific Committee of the Rivista giuridica dell’ambiente, the international journal Waste Management and the international journal Detritus.

He deals with national and international environmental law. Within the Firm, he mainly follows extrajudicial consultancy, as well as research projects in Italy and abroad and teaching and publishing activities, in addition to some pro bono activities.

In the field of national, Community and international environmental law, he is the author of books and articles in Italian and English and has been a speaker at numerous seminars and conferences.

Finally, he was invited by the Department of Land Economy of the University of Cambridge (UK) to conduct a research project at that University as a Visiting Scholar between October 2016 and May 2017. The research concerns the relationships between European environmental damage regulations and different national regulations on contaminated sites. He has been a Life Member of Clare Hall College, Cambridge, since 2017.

Since May 2021 he has been a non-executive Director of the company AMT Spa – an investee of the Municipality of Verona.

In December 2021 he was appointed as Full Member of the ‘Accademia di Agricoltura, Scienze e Lettere’ a prestigious cultural institution founded in Verona in 1768. 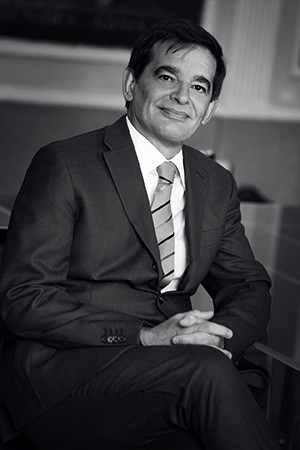